Latest Articles > What are the benefits of hypnotherapy to treat anxiety?

What are the benefits of hypnotherapy to treat anxiety?

What are the benefits of hypnotherapy to treat anxiety?

Many people have benefited from the use of clinical hypnotherapy when dealing with anxiety. When a client visit’s a hypnotherapist or interact with them over a video call, they will be guided into a very pleasant, relaxed state of mind that we refer to as hypnosis.

This mental state is akin to the moments before falling asleep, which feels like halfway between dreaming and waking. When hypnotized, people are generally aware of what is being said to them and what they are being asked to do, it is just a way of allowing the hypnotherapist to interact with the subconscious mind and help to make some suggestions to improve how a particular aspect of life is processed, in this case, anxiety.

There are different methods of encouraging these changes but one of the more common ways is to identify what the triggering of anxiety looks like, through the eyes of the client. Some people experience an external stimulus, and then hear a voice in their head that tells them that they can’t do, what they are meant to do, thus triggering anxiety. Others can be more visual in how this is represented in their minds, before the onset of an anxiety attack.

The hypnotherapist can sidestep these patterns which lead to anxiety attacks and can influence the mind to distract itself instead, rather than repeating the pattern. One of the methods that are sometimes employed, is to put in place a hypnotic “trigger” that will allow the client to focus on the sensory things around them so that when they reach the point that they normally trigger anxiety, they instead feel hypnotically compelled to focus on the feel of the fabric of the clothes they are wearing against their skin, the temperature of the room, the natural sounds around them, or all of these things at once.

This is a technique that is often referred to as a “pattern interrupt”. It allows the brain, instead of going down the usual track toward anxiety, to be shunted onto a different track as if someone had changed a set of railway points so that they curve off in a different direction instead, never actually reaching the station called Anxiety.

The beauty of hypnotherapy, and a major benefit, when dealing with problems like anxiety is that fewer sessions are required to put in place the mechanisms to deal with the problem than would be needed in many other types of therapy. Hypnotherapy makes good use of the fact that the more a particular process in the brain is used, the stronger the impulse to use that process is ingrained.

The science behind this is called neuroplasticity and refers to the capacity for the brain to behave like a muscle, with certain parts and patterns becoming stronger and reinforced through use.

This means that, when the hypnotic trigger has fired repeatedly to fend off an anxiety attack, it becomes easier and easier to do. In contrast, the anxiety which had previously been the normal pattern and therefore a strong go-to impulse will gradually get weaker as time goes by when it hasn’t been triggered as often.

Clients can often feel very relaxed by the process of being hypnotized, so I teach them how to enter a state of self-hypnosis during my sessions. The ability to recall and re-enter this mental state whenever they please can help clients to be more relaxed generally and, less anxious overall.

For Your Free Consultation

CLICK HERE FOR YOUR FREE CONSULTATION
SPEAK TO US TODAY

When you need to stay at home or you cannot travel, the good news is hypnotherapy can be provided online all through Zoom. It’s convenient, easy to use and just as effective as working face-to-face.

Hypnotherapy is a safe and convenient alternative to face to face sessions. It is just as effective as working together in the clinic and follows the same structured approach. It’s useful if you are restricted by time, location, family commitments or medial conditions, making it accessible to all. 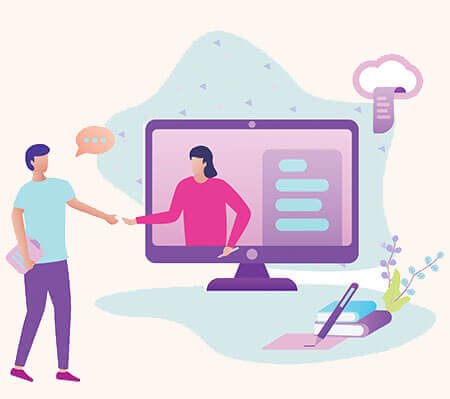 Claire is clear that the main aim of all her work is ‘self-empowerment’, providing each patient with tools they can use to make positive changes every day.

We use cookies on our website to give you the most relevant experience by remembering your preferences and repeat visits. By clicking “Accept All”, you consent to the use of ALL the cookies. However, you may visit "Cookie Settings" to provide a controlled consent.
Cookie SettingsAccept All
Manage consent

This website uses cookies to improve your experience while you navigate through the website. Out of these, the cookies that are categorized as necessary are stored on your browser as they are essential for the working of basic functionalities of the website. We also use third-party cookies that help us analyze and understand how you use this website. These cookies will be stored in your browser only with your consent. You also have the option to opt-out of these cookies. But opting out of some of these cookies may affect your browsing experience.
Necessary Always Enabled
Necessary cookies are absolutely essential for the website to function properly. These cookies ensure basic functionalities and security features of the website, anonymously.
Functional
Functional cookies help to perform certain functionalities like sharing the content of the website on social media platforms, collect feedbacks, and other third-party features.
Performance
Performance cookies are used to understand and analyze the key performance indexes of the website which helps in delivering a better user experience for the visitors.
Analytics
Analytical cookies are used to understand how visitors interact with the website. These cookies help provide information on metrics the number of visitors, bounce rate, traffic source, etc.
Advertisement
Advertisement cookies are used to provide visitors with relevant ads and marketing campaigns. These cookies track visitors across websites and collect information to provide customized ads.
Others
Other uncategorized cookies are those that are being analyzed and have not been classified into a category as yet.
SAVE & ACCEPT